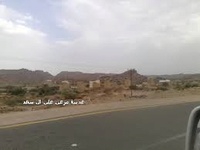 
Rep Bob Gannon wanted to talk about a local shooting in his area. He called for armed citizens to “clean up these scumbags.” Cenk Uygur, host of the The Young Turks, breaks it down. Tell us what you think in the comment section below.

Rep. Bob Gannon (R) responded to a recent shooting at East Towne Mall in Madison by saying that the incident could have been stopped if more people were carrying guns. During the incident over the weekend, a teen was shot in the leg and suffered non-life threatening injuries.

“Wisconsin does not have a death penalty law, but with significant practice and careful aim, law-abiding citizens can help clean our society of these scumbags,” Gannon said in a statement on Monday. “Criminals no longer have any fear of our courts or our prisons, so it’s time that the citizens of this fine state stand up and fight back.””*